My iPad just told me that Steve Jobs died. 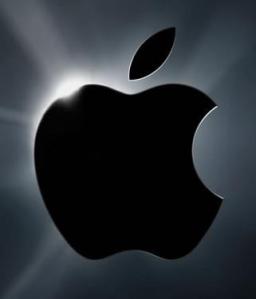 How’s that for life after death? When the CNN news alert popped up, I was stunned. I called Mike to tell him and we exchanged shocked statements, but then he had to run into an appointment, and I was left to commiserate with the world via Twitter. I have so much to do tonight. I’m so busy. But here I am, writing about Steve Jobs. I’m writing about him because I couldn’t force myself to do anything else. Before I was writing I was sitting at the kitchen table, fighting back tears, so writing seems like an OK alternative.

The expressions buzzing around the social media world right now are “Jobs was our Edison,” and “Jobs changed the world.” Yes and yes. But the answers to the question, “How so?” are the real remarkable statements. The work of Steve Jobs empowered the individual. It freed women. It liberated the oppressed. His work fed the hungry and exposed evil and  allowed help to reach places it never could before. Steve’s work gave every human a chance to have a voice.

The impact of his legacy is far beyond touch screens and clever magnetic power cords because what he gave us weren’t just gadgets. He gave us a new way to live, to reach each other and to relate to one another. He didn’t just change technology, he changed the way we live. His vision gave others the tools to make their visions come alive.

This is why his death hit me – and I’m sure many others – so very hard: if the man who made us all infallible could be taken by cancer, who couldn’t be? It reminds us of the enormity and the toxicity of that disease and that death is an absolute truth. If someone should have been able to beat this, it should have been him. What chance do the rest of us have? It also seems terribly unjust. How is it that someone wasn’t curing pancreatic cancer while he was reinventing our global culture? Didn’t the rest of us owe him that?

I’m getting close to ranting here, but I really sat down to say one thing. With his work, Steve Jobs made us all more powerful. He gave us technology that makes our lives so amazing that we feel immortal. He taught us again and again a new way to live and the world a new way to operate. His death teaches us one more lesson: though the gift of information technology makes our lives better, it does not make us better than the laws of life and death. It may make us feel superhuman, it really only gives us the ability to be super humans if use it to leave the world an even better place than it is now.

Thank you for changing everything, Steve.