There is so much romance in the creation of one’s first thing. Whether it’s a book, a song, a poem or a business, there is an entire industry built upon the encouragement of people’s creative pursuits. And appropriately so, I suppose. It takes a good deal of motivation and knowledge and guts to start and finish a thing, put your name on it and offer it to the world. Good thing we have libraries of books, directories full of experts, and now, newsfeeds full of inspiration quoting memes to motivate us. 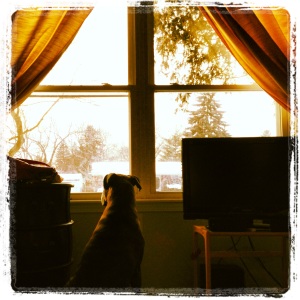 While putting something out into the marketplace of ideas to be preyed upon by critics (or worse, ignored by them) is tough, I’ve found it to be more of a challenge to put that second, third or twenty-eighth thing out there. After being criticized, ignored or even praised for one’s creation, a bar has been set. It may be high or it may be low, but either way, you’re back a square one, right where you were before you created, but without the excitement/encouragement industry behind you. You’re just someone who wants to make a thing, but without the hype or anticipation or mystery you started with the first time.

But we keep going. We write another article for that publication, even when the last one was criticized. We start outlining the next project, even though there’s no one standing behind us, cheering or directing our sails. We do it because we are creators and it’s what we’re driven to do. We realize that the Creativity Industrial Complex wasn’t what made our first thing; we did. We do it knowing that it may not be this thing, or the next, but maybe even the fourteenth or twenty-second thing that catches, that dazzles people, that really reflects who we are and what we intend to contribute.

We keep creating because we know that only a fraction of the would-be creators manage to put out their first thing, and only a fraction of those who do keep creating. It is hard to keep the fire alive, the gears in motion, the pedal to the floor, or whatever motivational cliché does it for you. Even though it take an entirely different sort of momentum, one that comes from deep within ourselves rather than outside forces, we find that place and we focus on it. It’s a quiet, internal place, with little romance, with no instructions and no one to keep us company. It’s where we find our reasons to keep going. It’s the same place from which our next great thing will emerge. We might as well get cozy there.

4 thoughts on “Creating is one thing; continuing to create is another”